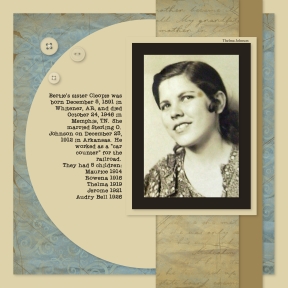 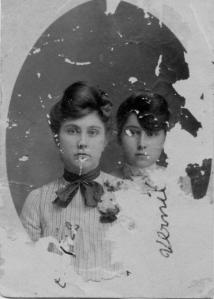 It seems that Cleopatra used the name Cleopie/Clopie most of her life. She was born December 5, 1885 in Whitener, Madison, Arkansas. When she was 1 year old, her brother Polk was born and died. Her youngest sibling, a sister, was born in 1889. She lived with her parents and siblings in Springdale, Washington, Arkansas on the 1900 and 1910 US Census.

On December 23, 1912, Cleopie married Sterling Oscar Johnson in Washington County, Arkansas. The index for Arkansas marriages has her name as Julia Cleopie Hinson. Cleopie was 27 years old. Sterling was 24 and lived in Memphis, Tennessee.

On the 1920 US Census, they lived in Memphis. Sterling was 32 and worked as a Car Counter for the railroad. Cleopie was listed as 31 (she was really 35) and they had three children: Maurice (age 6), Rowena (age 4) and Thelma (age 9 months).

On the 1940 US Census, they still lived in Memphis. Sterling was 50 (really 52) and worked as a Freight Cashier for the railroad, and Cleopie was 51 (really 55). All their children still lived at home. Maurice was 27 and a Yard Clerk for the railroad. Rowena was 24 and an Operator for a telegraph company. Thelma was 21 and not working. Jerome was 20 and not working. Audrey was 14.

Rowena Gussie Johnson – Rowena was born November 13, 1915 in Memphis, Tennessee. She married Francis Ray Nicholson in 1944 and they had 2 daughters. She died November 28, 2007 and her Find A Grave memorial is here. 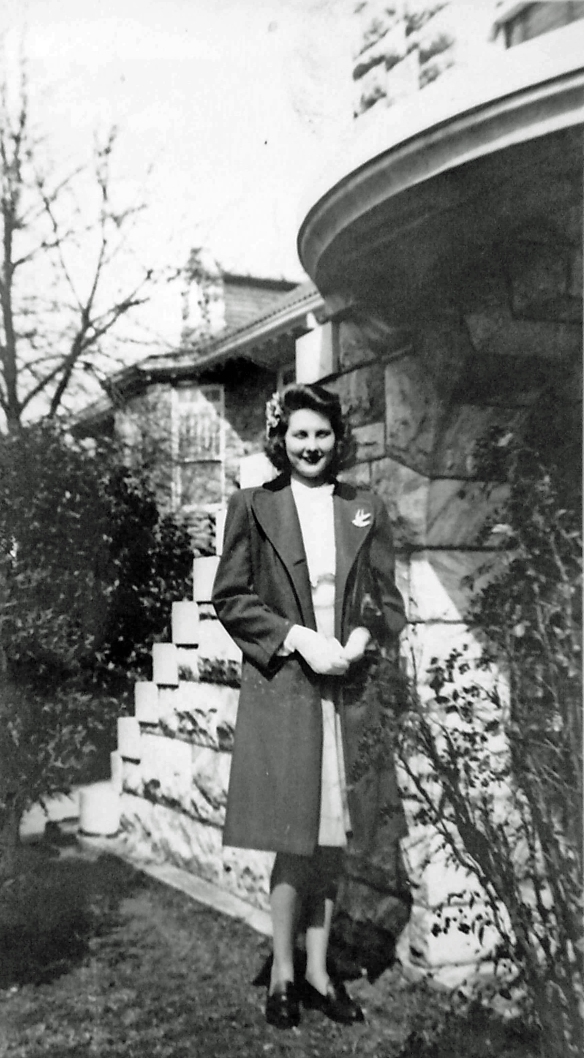 Audrey Bell Johnson – Audrey was born June 8, 1925 in Memphis, Tennessee. She married Raymond Joseph Percha on September 25, 1948 in Detroit, Michigan. I don’t have further information on her.