An album of amazing photographs has been passed to me, and I need help identifying most of the people in the photos. Please let me know if you can identify anyone! It belonged to Mary Lavina Montgomery Reece and her husband William Henderson Reece.

Here’s the cover sheet and the album itself: 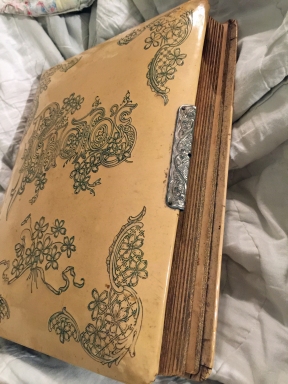 I’ll start with photos that include identification:

This is indicated to be John and Martha, and on Ancestry.com I found this same photo attached to John William Montgomery and his wife Martha Victoria Franklin. The photographer was Eckles Brothers in Lamar, Missouri.

John is the brother of Mary Lavina Montgomery Reece, the owner of the photo album. 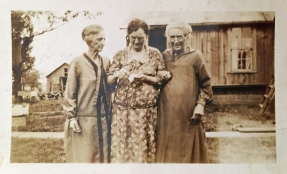 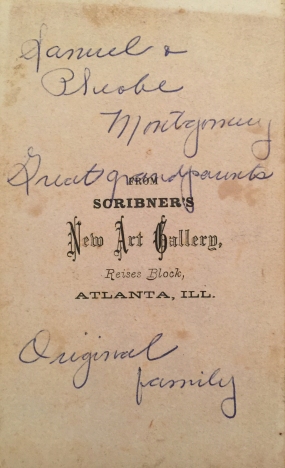 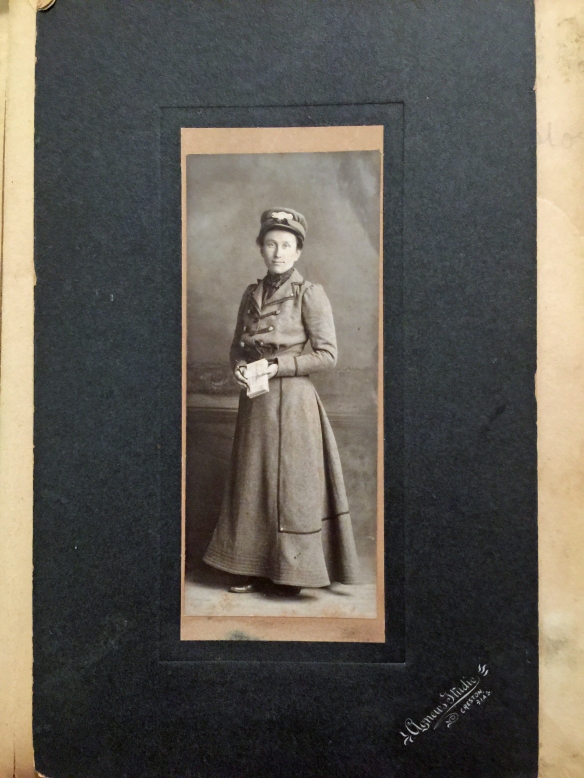 Written on back in pencil: Alice Gummere

Research shows she is Celestia Alice Gummere, who worked for the Creston Post Office along with her father. The photographer was Caleb Agnew/Agnew Studios of Creston, Iowa. I don’t know yet if she’s related to the Reece or Montgomery family. 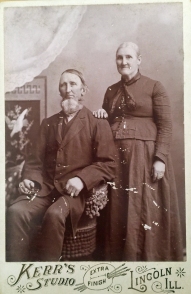 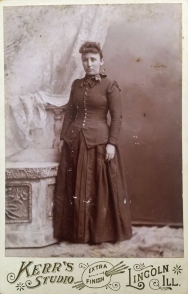 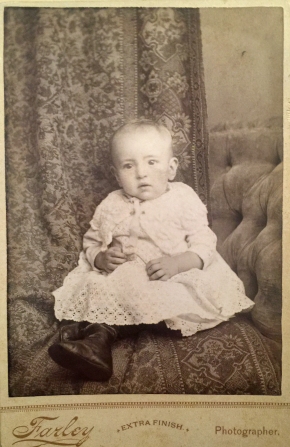 Check out Part 2, Part 3 and Part 4. I look forward to hearing from anyone who can identify someone in these photos!

William Henderson Reece was born on January 6, 1851 in Jackson County, Ohio. His parents are James E. Reece (whose parents were born in Germany) and Nancy Jane Anthony (whose mother was born in Ireland). He was the 3rd of their 9 children.

Mary Lavina Montgomery was born on October 15, 1854 in Beason, Illinois. Her parents are Samuel Montgomery and Phoebe Elizabeth Pruitt. She was the 6th of their 10 children.

William and Mary were married on August 27, 1876 in Logan, Illinois.

William died on September 5, 1931 in Creston, Iowa. His Find A Grave memorial is here.

Oscar Roy Reece – Oscar was born on December 15, 1885 in Sumner County, Kansas. He married Grace E. Hampton on November 19, 1907 in Afton, Iowa. They had 3 children. (Grace’s sister Kate married Oscar’s brother Thomas Elmer – they are Todd’s great grandparents.) Oscar and Kate divorced sometime after being enumerated together on the 1930 US Census in April, and he died on September 17, 1931 in Creston, Iowa. His Find A Grave memorial is here.

Gilbert Henderson Reece – Gilbert was born on June 30, 1892 in Logan County, Illinois. He married Mary Alma Summers on July 20, 1923 in Sioux City, Iowa. (They considered themselves married much earlier than that, having had a child together in 1913. He listed himself as married on his 1917 World War I draft registration card, and they are listed as married in the 1920 US Census.) He died on January 5, 1970 in Kansas City, Missouri.