The first 4 photos might be considered cabinet cards. They are less than 1/2 the size of the regular cabinet cards, but are constructed the same way – a photo attached to a thick card.

I wonder if these are William Henderson Reece and Mary Lavina Montgomery Reece. They were taken by Tandy’s Studio, Broadway, Lincoln, Illinois: 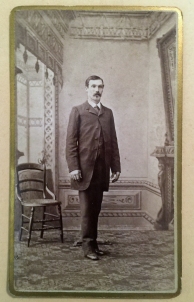 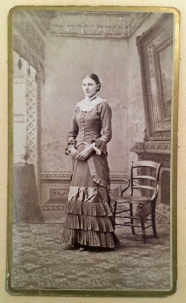 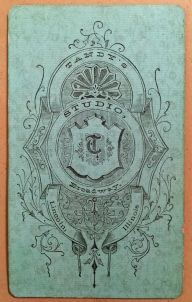 Here’s one taken by J. C. Cahoon, of Jackson, Ohio: 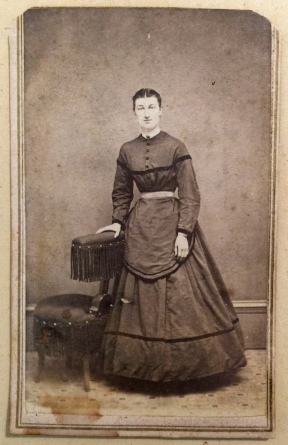 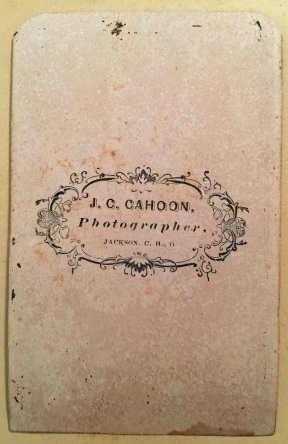 And the last cabinet card, taken by B. W. Lawson, Jackson, Ohio: 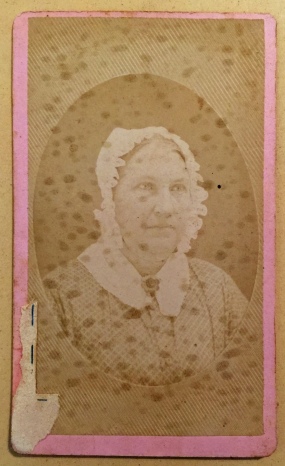 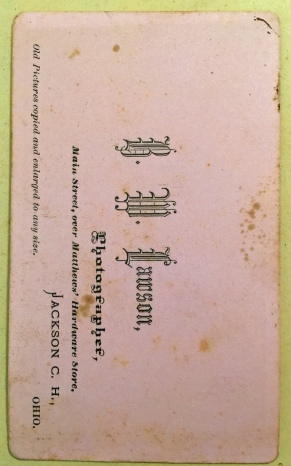 There were two photograph post cards in the album: 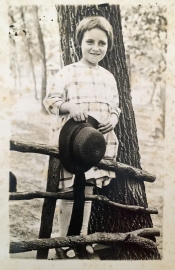 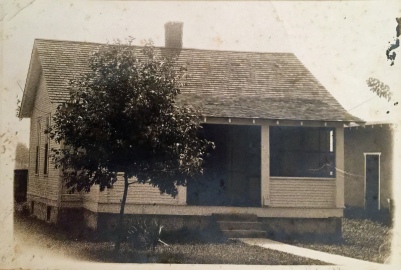 And finally, a little 1×1″ square of this young woman: 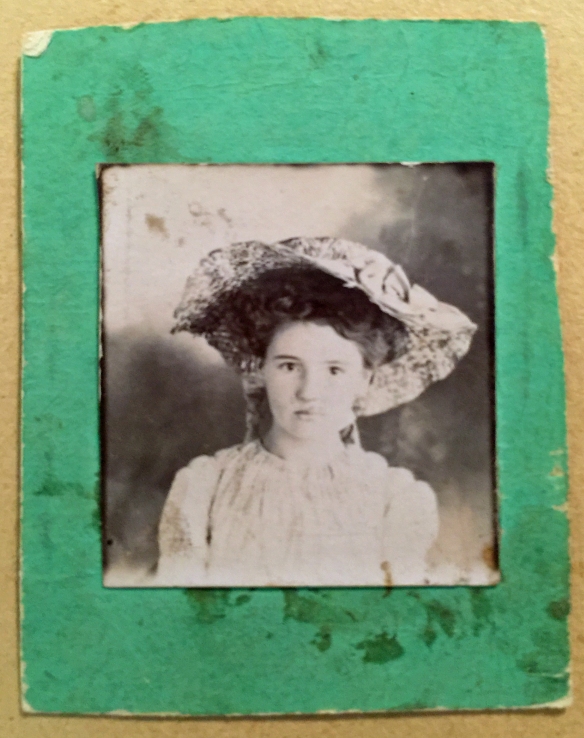