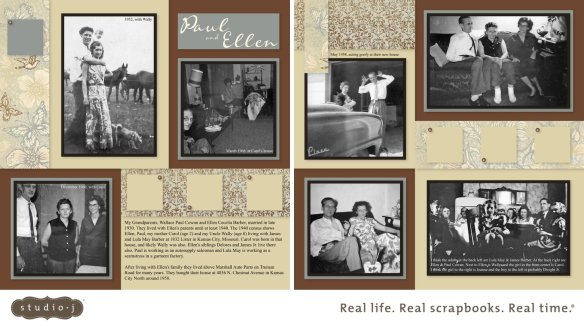 Wallace Paul Cowan was born on January 25, 1903 in Arkansas. He is the only child of the very brief marriage between Albert Gibson Cowan and Myrtle Bertie Hinson. You can read about Bertie & Albert here and about my attempts to make sure I was following the right Albert here.

Paul grew up living with his mother and grandparents in Springdale, Arkansas. I don’t believe he had much if any contact with his father throughout his life. In 1912, both of his parents remarried. His father remained married and had four more children, while his mother was only briefly married. Paul never met his siblings and may not have known about them. Paul started working at an early age, and is listed as doing grocery deliveries on the 1920 US Census when he was 16.

I’ve already posted a lot about my grandfather Paul. A poem, photos of filling stations he worked at, photos he took from the Springdale water tower, photos of Marshall Auto Parts where he worked, and information about Ma Terry’s Boarding House where he stayed.

Ellen Cecelia Barber was born on June 9, 1908 in Kansas City, Missouri. She is the daughter of James William Barber and Lula May Watrous. Ellen was the firstborn, and would later have a sister and brother. You can read about them here. 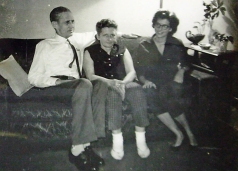 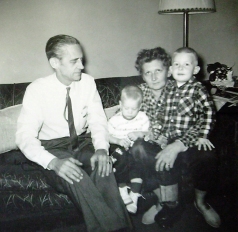 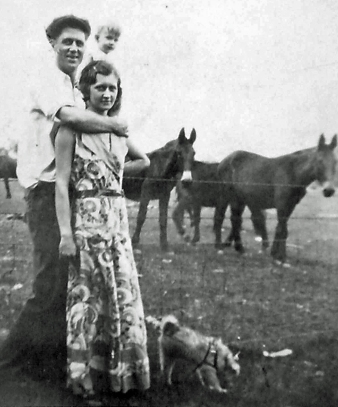 On the 1940 US Census, the family lived with Ellen’s parents at 1832 Lister in Kansas City, Missouri. Their children were born in that house.

They later lived in an apartment over the Marshall Auto Store that Paul managed in Kansas City, Missouri, before buying a house in Kansas City North.

After retiring from Marshall Auto Parts, Paul worked at Midland True Value Hardware at Antioch Shopping Center in Kansas City North. He was a hard working and very frugal man, and very quiet. He worked until shortly before he death.

Ellen worked as a bookkeeper for Paul when he was managing Marshall Auto Parts. She was primarily a homemaker, and was a great cook. I grew up living with Paul & Ellen, and my mom and brother, from age 5. I remember her making me bacon, lettuce and tomato sandwiches. Every Sunday was a big dinner with a pot roast. She was a worrier, loved to take care of people, and had a bit of a temper.

Their children were a son, and a daughter (my mother): 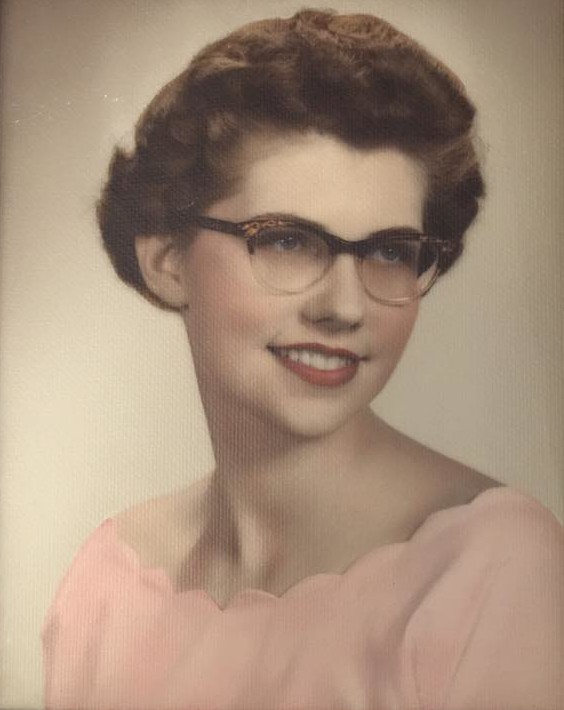 Carol Ann Cowan – Carol was born on December 21, 1937 in Kansas City, Missouri. She married Harley Darrell Hopper on April 21, 1964 in Jackson County, Missouri. They had two children, and I’m one of them. They divorced in 1976. She had worked in banks prior to her marriage, and worked for Gladstone, Missouri from the time of her divorce until her retirement. She was City Collector for many of those years. Carol died on October 11, 2010 in Kansas City, Missouri. Her Find A Grave memorial is here.