Thomas B. Cowan and Martha Josephine Johnson Cowan are my 2x great grandparents, the parents of my great grandfather Albert Gibson Cowan.

Thomas B. Cowan was born in Arkansas in May 1855 according to the 1900 US Census. His parents were John Gillespie Cowan and Elvira Hubbard Cowan, and Thomas was the 3rd of their 8 known children. He had two older sisters, and three younger sisters and two younger brothers. You can see his parents’ Find A Grave memorials here. Read more about the family here.

Martha Josephine Johnston was born in Arkansas in June 1858. Her parents were Samuel Houston Johnston and Margaret Hickman, and Martha was the oldest of their 5 known children. She had one younger brother and three younger sisters. See her father’s Find A Grave memorial here. Read more about the family here.

On the 1880 US Census they were farming in Colville, Arkansas.  Thomas was 24, Martha was 21, their son Charles was 2 and their son Henry was 9 months old.

Son Charles died sometime after that census, with that being the last record I find of him.

Martha’s father Samuel died in 1904, and she was listed as married in his obituary. Sometime after that, Thomas and Martha divorced. In 1907, Martha’s brother James died.

On the 1910 US Census, Thomas was 54, divorced, and he lived with his parents John and Elvira Cowan in Washington, Arkansas. He worked as a carpenter in the housing industry.

Martha married George Skeith in Washington County, Arkansas on April 20, 1907. George was a widower with three grown children. On the 1910 US Census, Martha was 52 and George Skeith was 63 (born in Scotland, a stock dealer). They lived in McAlester, Oklahoma with Martha’s daughter May Cowan who wa 24, and adopted daughter Edna Johnson who was 16. George died in 1913, and his will refers to his wife as Josie.

Martha married Isaac P. Brown on February 17, 1916 in Pittsburg, Oklahoma. Isaac was a widowed carpenter with three grown children. Martha died in 1920 and her Find A Grave memorial is here.

The children of Thomas B. Cowan & Martha Josephine Johnston:

His younger brother Albert worked for telephone companies most of his life, and I wonder if John didn’t get him started in that line of work.

Albert Gibson Cowan – My great grandfather was born March 27, 1884 in Benton County, Arkansas. He married Myrtle Bertie Cowan on March 10, 1902 when he was 17 years old. They had a son and divorced. Albert married Izora Beatrice Shirley on September 3, 1912 when he was 28 years old. They had 4 children. He died December 17, 1963 in Nevada, Vernon County, Missouri at age 79. Read more about him here and here and here. His Find a Grave memorial is here. 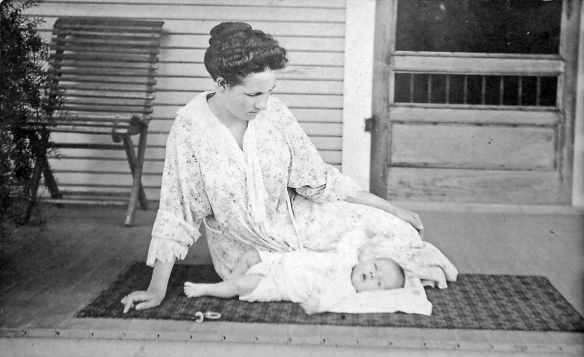